Mitochondria are tiny structures located within nearly all cells of the body. They are the parts of the cell that are primarily responsible for creating energy. They do this by generating adenosine triphosphate (ATP), which is the essential “fuel” that drives all of the body’s functions. For this reason, mitochondria are often described as the “powerhouse” of the cell.

Cells of the brain and muscle are among those that require a lot of energy, so they have a particularly high density of mitochondria to support their energy needs. When mitochondria aren’t working well, these are often the parts of the body to show signs of poor function.

When mitochondria are not functioning well, a wide variety of symptoms can emerge, including:

More and more research now suggests that mitochondrial dysfunction may be important in many different health conditions, including, but not limited to:

In 2010, a groundbreaking study by researchers at University of California Davis showed that 80% of the children with ASD enrolled in their study had blood tests indicating mitochondrial dysfunction (1).

Other research studies have found:

The cumulative evidence now suggests that mitochondrial dysfunction is present in a substantial portion of those with ASD and that it may be an important factor that contributes to the symptoms of ASD.

Triggers of Mitochondrial Dysfunction in ASD

Many different types of triggers can lead to mitochondrial dysfunction, and these can lead to the symptoms of ASD.

Some of the triggers include:

There are many different tests that can be done to look for signs of mitochondrial dysfunction. Some common first-line tests include:

Some of the features of the medical history that would raise a “red flag” for mitochondrial dysfunction include:

Physicians may recommend several steps for supporting mitochondrial function. These include:

What we eat has a profound impact on the body’s biochemistry. Certain vitamins and supplements also may be recommended (and should be used under the supervision of a physician) (7):

It is important to work with a physician in tailoring the right mitochondrial treatment protocol. The types of supplements that may be useful, their dosage, and the duration of treatment should all be managed by a qualified clinician. If not used correctly, some vitamins and supplements may have the potential for adverse effects.

Treatment Outcomes for those with ASD and Mitochondrial Dysfunction

The efficacy of mitochondrial supplements in ASD has not yet been studied in large-scale clinical trials. However, one study looked at the efficacy of supplementation with L-carnitine in children with ASD over a period of three months and found that treatment led to improvement in the symptoms of autism and in muscle strength (8). The number of children studied was small, and future studies are needed in order to understand how mitochondrial supplements can best be used in the treatment of those with ASD.

The United Mitochondrial Disease Foundation provides this summary of the potential benefits of therapy:

For more information about mitochondrial dysfunction, go to: 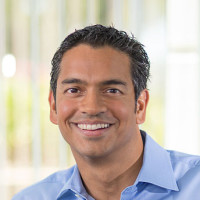