What first brought your family to Cortica?

"Before, we weren’t confident the path we were on was providing Rowan with the best things that were going to help him. We wanted to give him life skills but didn’t know how.  And before Cortica, our appointments were all over town, and we’d have to take our little infant to all different places. It was so stressful.  And then making sure that all the doctors had all of the information or the therapists had all the information was tough. It literally was a whole job in itself."

What began the changes you’ve seen in Rowan?

"During the first meeting with our doctor at Cortica she showed us a chart that depicted Rowan’s medical health as it related to his overall development.  It felt like an ‘ah-ha moment’ –  of course we need to take care of his medical needs if things are going on inside that might be causing these behaviors and causing him to be so uncomfortable and so agitated.  How are you expected to pay attention if your stomach hurts, but you can’t tell anyone that it hurts? Our doctor helped us with that. Rowan’s now a totally different kid in the way that he acts and can self-regulate. Changing his diet and paying attention to his biomedical needs cut down his crying and his unproductive behaviors.

We have medical follow-ups once a month just to make sure that he’s feeling okay, because his health is constantly changing.  His eating habits are something that we struggle with quite often, so that’s something that they help monitor with us. We’ve been able to incorporate supplements into his diet. Adding supplements has changed and helped our kid so much. He just doesn’t seem so uncomfortable in his body and that’s really cool to watch. "

What other changes have come?

He’s amazing us.  The other morning we heard him in his room and he’s calling us -- usually he doesn’t call us. But he calls out, “Mom! Where’s Rowan?”  So we go in his room and he’s hiding from us. I love that he wants us to play with him because before we didn’t even think he knew we existed. 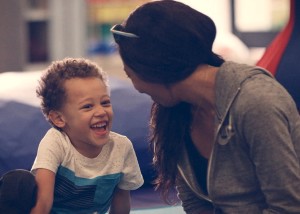 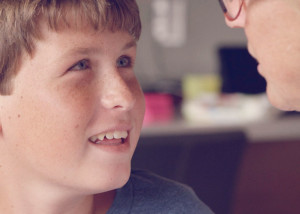 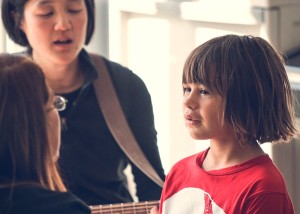