Why and When Are EEGs Recommended for Children with Autism?

Electroencephalography (EEG) at Cortica: A view into the brain's electrical activity

What is an EEG?

Why is an EEG done?

The most common reason for an EEG is to aid in the diagnosis of seizures. Seizures are defined as transient episodes of excessive, disorderly discharge of neurons, primarily in the cerebral cortex (which is the outer layer of brain tissue). They generally appear as brief interruptions to a person’s ongoing behavior. Seizures occur suddenly and may appear as abnormal movements, reduced responsiveness, staring spells, or a wide variety of other symptoms. A diagnosis of epilepsy (or seizure disorder) is given when an individual has two or more seizures that are not secondary to fever, trauma, infection, or metabolic illness.

An EEG is helpful in answering:

An EEG also provides information about an individual’s sleep – in particular, the brain’s progression through the different stages of sleep and whether this is disturbed.

How is an EEG done?

An EEG can be done in a hospital, clinic, or at home by an EEG technologist. The electrodes are applied to the patient’s scalp while he or she lies on an exam table or sits in a chair. The EEG technologist attaches several flat metal discs (electrodes) to different places on the head using a sticky paste to hold the electrodes in place. The electrodes are attached to wires that connect to a computer that records the electrical activity. The recording may last 30 minutes or may last as long as several days or more. The duration of the recording depends on what information your doctor is trying to obtain. Usually an EEG is done both during wakefulness and during sleep. This can be done by recording for a full 24-hours or it can be done by depriving the patient of sleep the night prior to the test to increase the likelihood that he or she falls asleep during the test (this is called a sleep-deprived EEG). Once the EEG recording is completed, it is read by a neurologist. The final results are usually available within 2-4 weeks of the test date.

How does an EEG feel?

The EEG is generally considered a painless procedure; however, for individuals who are sensitive to touch on the head, it may be experienced as painful. Because the patient needs to remain still when the electrodes are being attached to the scalp, certain techniques like being wrapped in a blanket or being held by a parent may be needed. After the electrodes are placed (which may take approximately 20 minutes), the electrodes may be secured with gauze and adhesive bandages. These help the electrodes to stay in place. The patient should be monitored throughout the duration of the EEG to ensure that he or she does not pull off the bandages or wires.

Can an EEG be done under sedation?

Is there any risk to having an EEG?

An EEG is a very safe, non-invasive test. The electrical activity of the brain is recorded, but at no time is the body exposed to any electrical current or radiation. 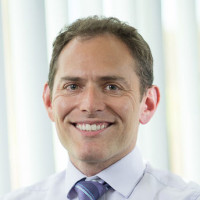 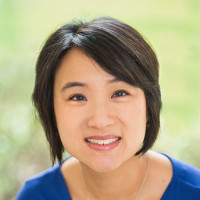 Author: Suzanne Goh, MD
More Resources
What Is the Goal of Biomedical Treatment for Autism?