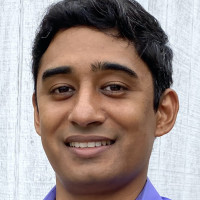 Dr. Rishi Malla, M.D., M.Sc. is a board-certified pediatric neurologist, who serves as the medical director of pediatric neurology at Cortica. He is also a pediatric epilepsy specialist, uniquely qualified to read and interpret pediatric electroencephalograms (EEGs). He is a native of Southern California, growing up in Manhattan Beach. In college, he received dual degrees in Physics and English Literature at the University of California at Berkeley. During a volunteer experience there, he worked with individuals who had severe neurological impairments and became motivated to pursue a career in neurology. After obtaining a master’s degree in medical physiology from Georgetown University, he was awarded a scholarship to attend Texas A&M Health Science Center College of Medicine where he graduated with Honors.

He completed his pediatric neurology residency training at the Medical University of South Carolina. During his training, he cared deeply for those with neurodevelopment delays, autism, as well as associated psychiatric disease. In his spare time, he joined Piece-It-Together, a group that utilized group fitness to translate benefits of group exercise on autistic youths with depression. After residency, he went on to further specialize in pediatric epilepsy completing a fellowship at the University of Texas at Houston. In Houston, he obtained the added expertise needed to read pediatric and adult electroencephalograms (EEGs). He also obtained expertise to care for patients with refractory epilepsy and guide those patients toward curative epilepsy surgery.

In returning to the Beach Cities with his wife, he is joined by his family, great weather, the wind and the waves. He has published articles on sleep terrors and other parasomnias/disturbances, as well as a rare genetic condition caused by a mutation to the THOC2 gene. He has presented at the Neurohospitalist Society Meeting on Tolosa Hunt Syndrome, an inflammatory disease affecting the muscles involved with eye movement.