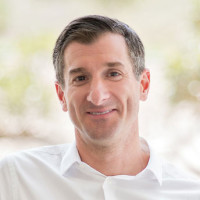 Mission-focused leadership has been the hallmark of Walt’s career. He served in operational and strategic roles during 14 years as a U.S. Army Green Beret. Walt’s passion for healthcare emerged subsequently while working for the Secretary of Veterans Affairs in the country's largest healthcare system. Walt graduated first in his class from the United States Military Academy at West Point, attended Oxford University as a Rhodes Scholar, and earned his doctorate from Harvard University.